Director Becki Esch asked me several weeks before auditions if I would be the scenic painter for Into the Woods. I said sure! At the time I had no idea exactly how that job would evolve, but my painting style lends itself well to the fairy tale look. After rehearsals started, she described her concept of the storybooks. There were to be at least three, one for each story setting at the beginning of each act. I worked with the set builder to fine-tune the basic structure of the books, so they would open and close like books, and roll easily. I then concentrated on sketching and designing essentially five book interiors. The challenge was that they needed to be self-contained, extremely sturdy, but light enough to roll easily. My favorite material in this show was Owens Corning purple insulation foam boards in varying thicknesses! Thanks to Bob Beck of KB Photo Creations for these fabulous photos! 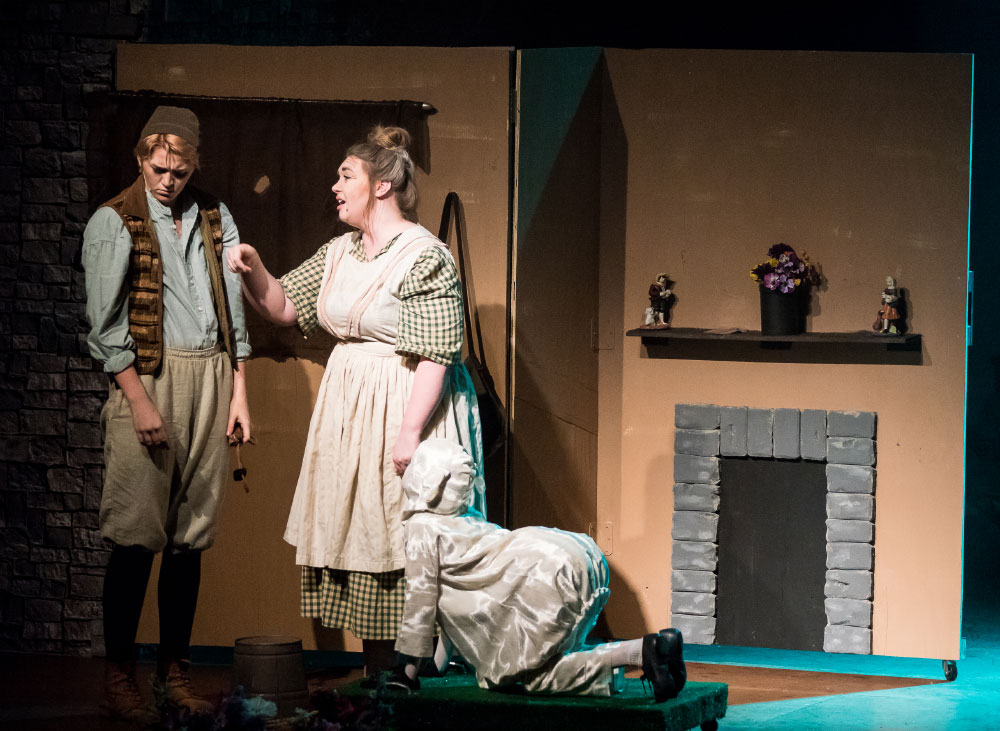 Jack and the Beanstalk book. Act 1.

For Jack's house, I built a battered stone 'fireplace' and hung shabby curtains over a vague window. 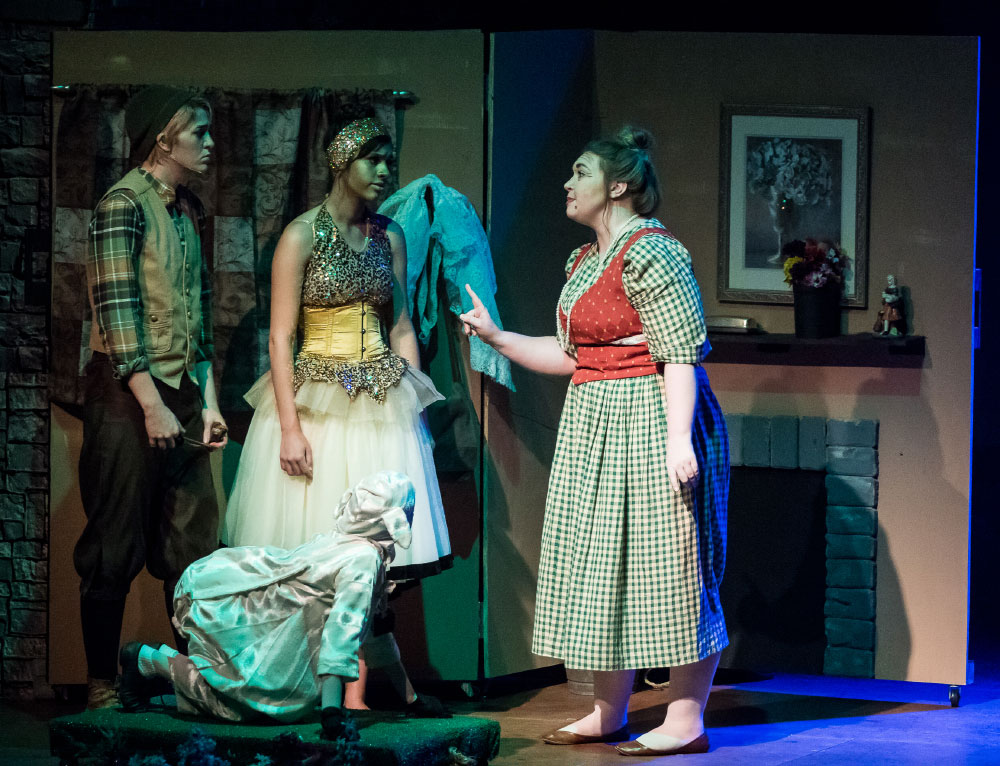 For Act 2, we changed out the curtains and set dressing to fancify the house a bit--their hen lays golden eggs, after all. 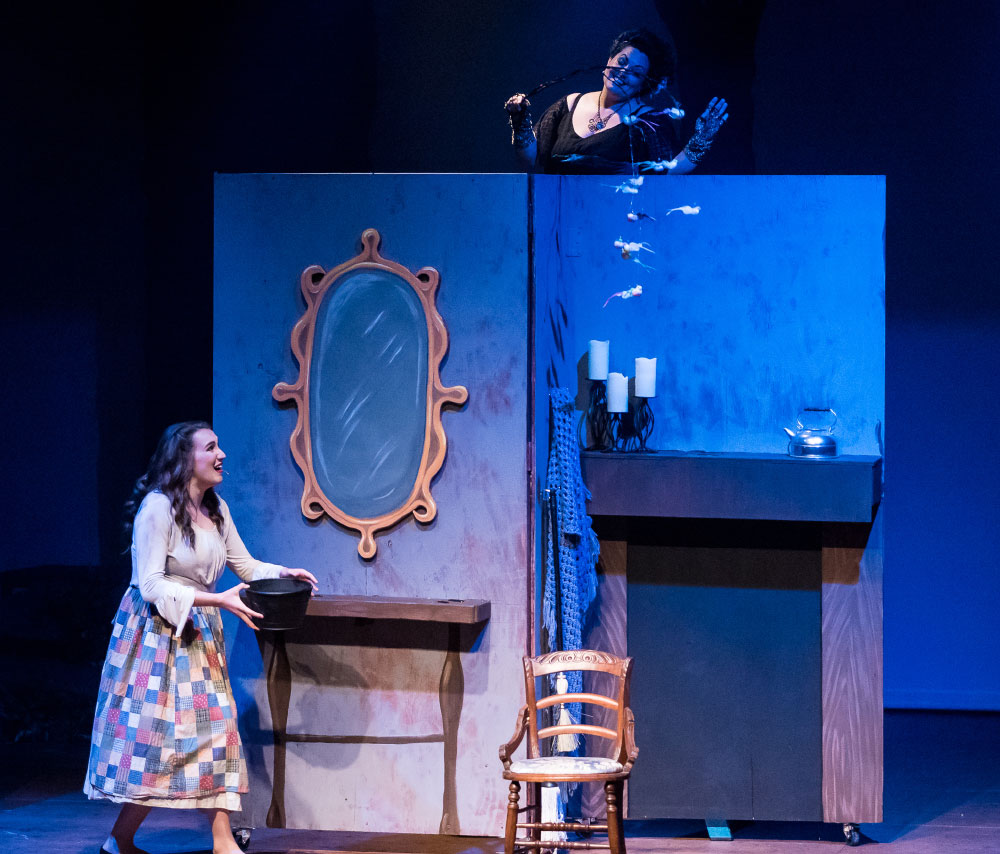 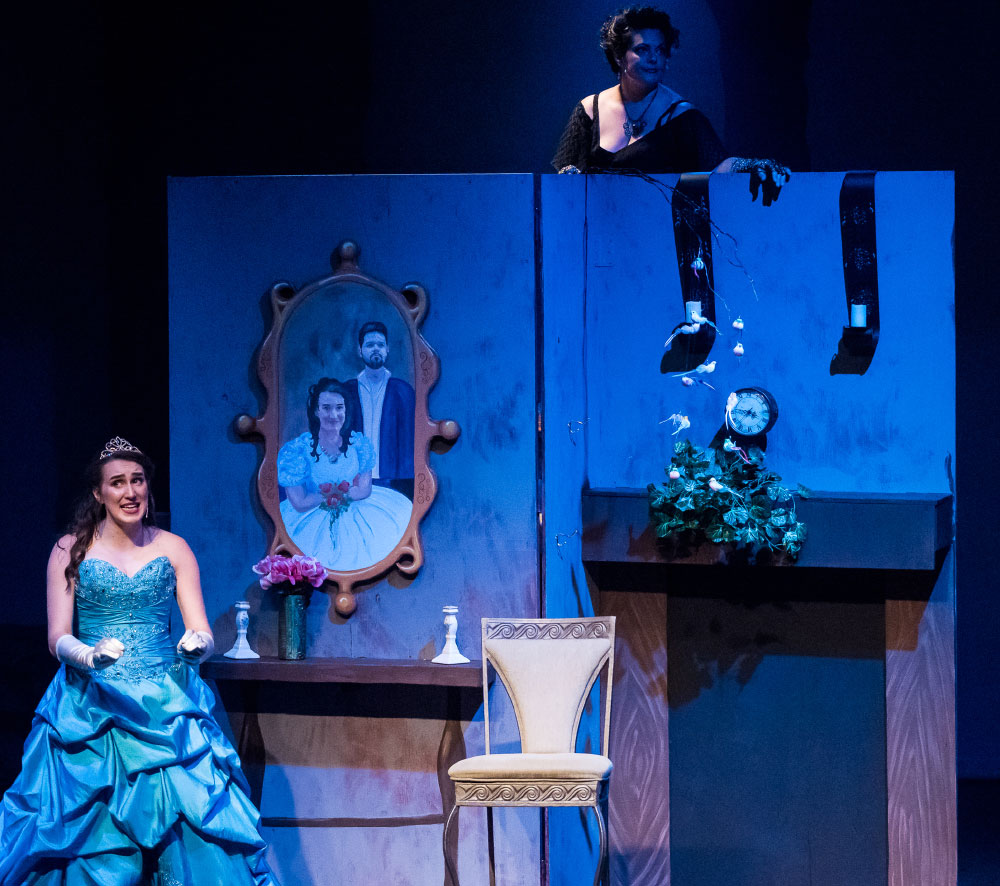 In Act 2, Cinder's book becomes the castle. Instead of making another castle book, we simply flipped the 'mirror' to a royal portrait and changed out the accouterments. 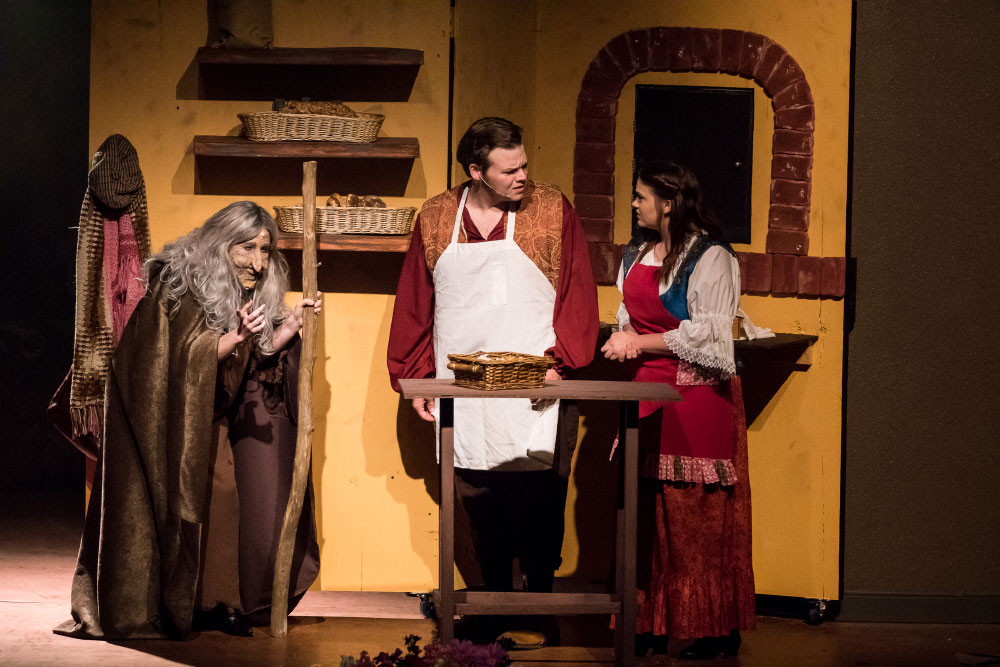 The Baker and his Wife book. Act 1.

For the Baker's house, I constructed shelves from Dollar Tree foam core and a brick oven from OC foam board. 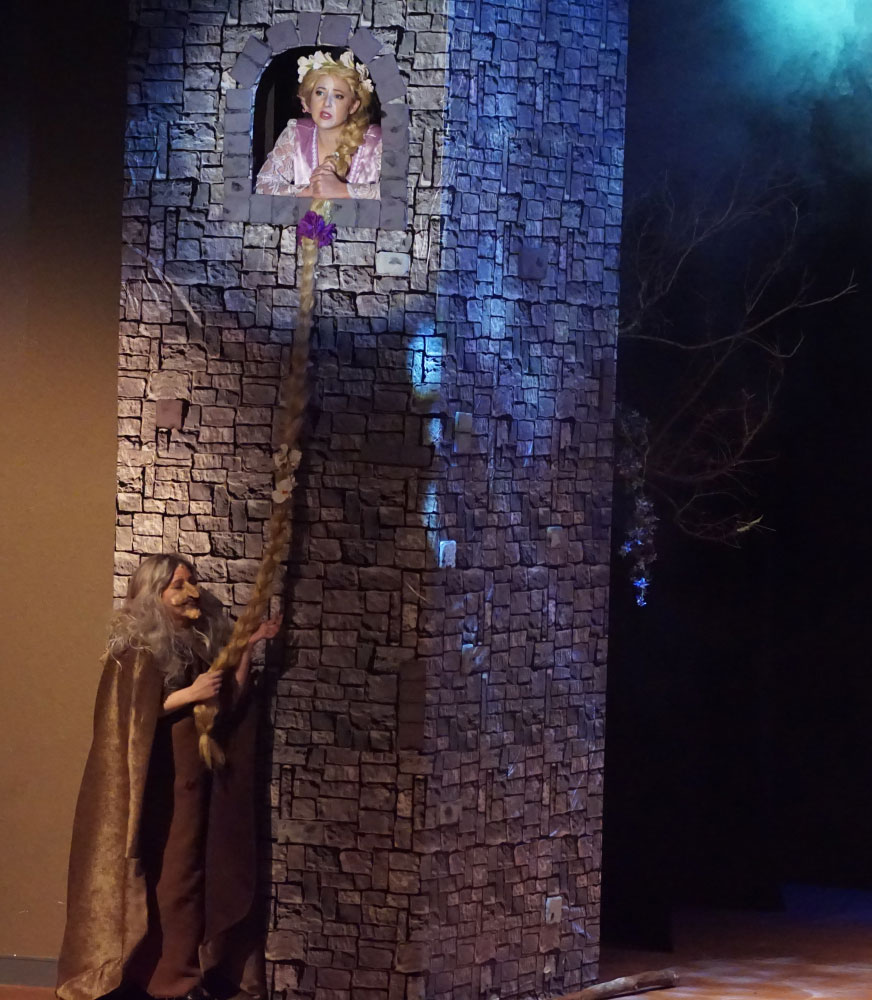 Most of the show takes place in the woods, though. Here is where Cameron Barrus' lighting effects made the set look amazing.  Wood ramps and platforms, brown carpet, carved foam rocks, and a LOT of fake greenery. And some trees! Proud of this, I can't lie. 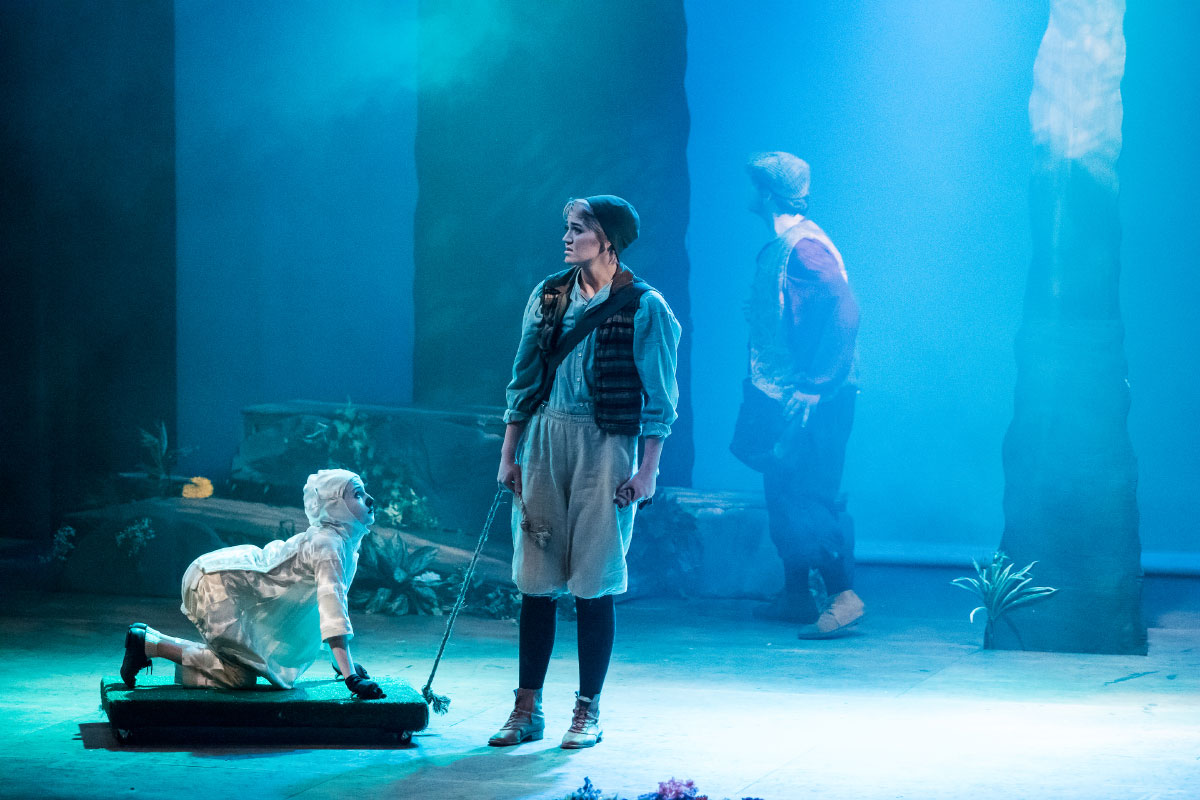 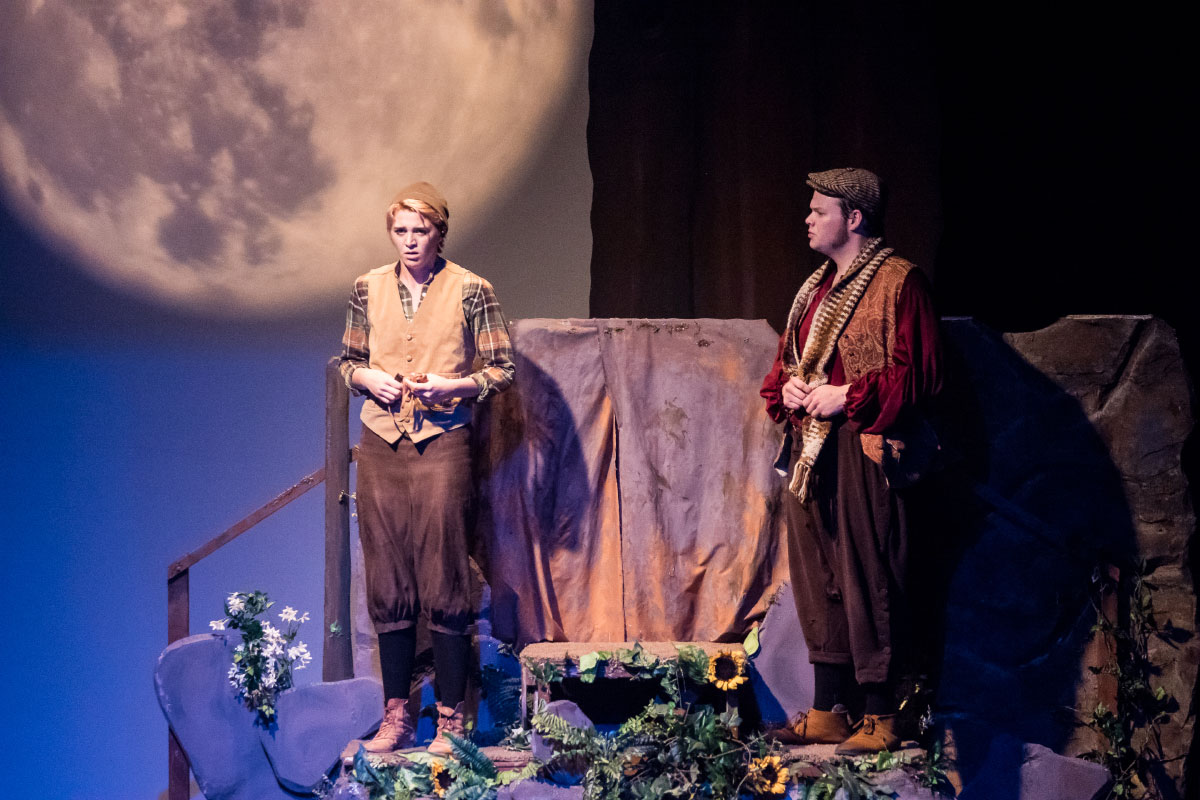