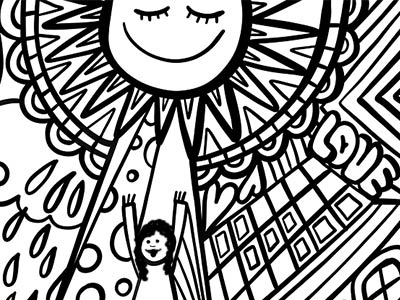 I've had this post sitting in draft, debating whether or not to put it out there. It's not JUST a weight-loss journey. I feel truly amazing. However, there were no drink mixes, no pills, no supplements, no boutique diets or meal plans, no gimmicks involved--which is why I debated posting. People seem to like gimmicks.

It started in July 2021 while waiting with Josh at the Walmart Pharmacy. I kept busy not spending more money by playing with the blood pressure machine that now also weighs and calculates BMI. My blood pressure was okay --not great, not bad-- but holy nugget the weight was surely a mistake. True, I hadn't stepped on a scale since my last doctor visit nearly two years ago, but the number on that machine was embarrassing for someone who swore she'd never give in to her genes. Once home, I dug out the scale to compare, and was really disappointed that the Walmart machine was spot on.

At the time Josh and I had been together nearly eight years. He's a big guy and has had a ridiculously high metabolism, so he eats a lot. I did my level best to eat only half as much as he did, but over the years, I'd apparently gained more than 50 pounds. I was 15 pounds heavier than I was the day before I gave birth to each of my kids, except I was not carrying around an extra human inside me. I mean, I knew I had gained a lot of weight--the bathroom mirror is directly across from the shower, so it was quite apparent. But... FIFTY... PLUS... pounds?!

So to be fair, an average of a pound every two months isn't really noticeable when you're "too busy" to pay attention to stuff like that. I mean, most women approaching 50 years of age gain a few pounds and feel icky in their aging bodies, right? It's just the natural aging process, so there's nothing to be done about it… Right? And plus, you know, …pandemic?

After feeling absolutely disgusted with myself for a few days ("Well duh, Stacey, you eat like crap and keep buying larger pants. And news flash: the trip from your office to the kitchen doesn't count as exercise, etc etc), I decided that, at the very least, I could find the discipline to actually eat better, rather than just 'try' to eat better. I started logging what I ate in the MyFitnessPal app, started reading labels again, opting for high-protein, high-fiber, and reducing overall carb intake. In that app, I noticed almost immediately that even with eating better, I was blasting through the recommended daily allotment of sugar--most days before lunch.

And then (dun dun duunnnnn), I ran across this article -- https://www.eatthis.com/what-happens-body-eat-added-sugar/ -- and actually read it, along with most of the studies linked.

So…. up to this point, I apparently consumed a schott-ton of added sugar. Not only is it in just about everything 'healthful' I was eating, but I started every single day with a giant cup of coffee or two or three, each with a generous dollop of sweetened condensed milk. I thought (i.e. rationalized) that I was doing better with a coffee additive that was JUST milk and sugar, versus regular coffee creamers, which contain trans fats, phosphates, glycerides, and artificial flavors in addition to the added sugars. But the 'sweetened' part of the sweetened condensed milk still meant a lot of sugar right at the start of my day, thus fueling my sugar craving for the rest of the day. Which I generally indulged.

Over the next few days, I found a gajillion more articles and studies on the effects of added and excess sugar on the body and brain-- apparently this is really well-documented? Who knew? And given my family's incidence of Alzheimer's, dementia, diabetes, heart disease, obesity, cancer--- I figured I REALLY wasn't doing myself any favors. Since I want to be around and in good shape for a good while longer…. I cut added sugar and artificial sweeteners almost cold turkey.

And it wasn't nearly as difficult as I thought it would be. Once I got past the first few days, got past the active craving part, it was relatively easy.

Two weeks after cutting sugar and about a month after the Walmart wake-up, I finally worked up the nerve to get on the scale again. I'd lost about five pounds!

In mid-September 2021, I was feeling SO FREAKING much better, both physically and mentally, I decided to level up my game and exercise regularly. My joints are crap and had gotten worse under the additional weight. Running hurt my knees. Jumping jacks and jumping rope hurt my tweaky shoulder as much as they hurt my knees. Walking around my property was subject to too hot/cold/muggy/dry/misty/rainy/sunny/dusty/windy/mosquito-y/gnat-y weather and it rarely happened. I'd been keeping an eye out for a few weeks, and finally found a gym-quality elliptical machine for a great price on craigslist. I bought it and put it in my living room. No more weather excuses. Low impact, so no more joint damage excuses. Away from bedrooms so no people-are-sleeping excuses.

That first day I could barely do three whole minutes with zero resistance. The next couple of days I made it to four minutes. Then five. Then I had a day off and did five minutes four times throughout the day, for a total of 20 minutes! I started getting up earlier so I could get on the elliptical first thing and get it out of the way, and perhaps jump-start my metabolism.

By late December, after five months, I'd lost 25 pounds and 2 pants sizes.

By March I'd lost 12 more pounds, and that's about where I'm hovering today.

I've had hypoglycemia for 20+ years. I've learned to be hyper-aware of what my body feels like when my blood sugar is getting low. Within a few weeks of cutting added sugars, I noticed that I very rarely had low blood sugar. The sugar crashes I used to experience regularly--don't happen anymore. This actually is probably related to the second thing I've noticed.

Last September, I was putting on fake lashes before heading to the theatre and noticed that my hands were NOT SHAKING AT ALL. I know it seems like a small thing, but seriously, this was huge. HUGE. I'd thought my shaking hands had to do with age and genetics. I just paused in my typing to check again--still not shaking. I'm thinking it had more to do with roller coaster caffeine/sugar intake.

The takeaway after more than a year: I FEEL SO. MUCH. BETTER. I have more focus, more mental acuity, more energy! I feel better/more confident in my clothes, and I have a more positive outlook on my own health. I still do 20-30 minutes on the elliptical nearly every morning (on a Mountain program!). I keep my added sugar intake to less than 10 grams a day most days and steer clear of artificial sweeteners and sugar substitutes (I actually LIKE black coffee now). I still eat out, still snack. I just make different food choices.